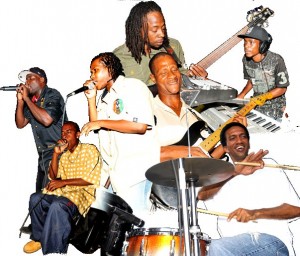 Grandmasters was founded in 1986 by Wingrove Hicks and Kelvin Lennon. Since then Grandmasters, has been the driving force behind the music of St. Kitts earning them many praises at home and abroad. Grandmasters  hold the 1998 & 1999 back to back road march titles. The eight member band, has toured the United States and Europe extensively. During their 1999 tour, Grandmasters had the pleasure of performing in New York City, Miami, Connecticut, Burmingham and Leeds England.

Over The Years, Grand Masters has owned people all over the world attention with their hot tracks and albums. They are now the road march champs for carnival 2007-08 and are now increasing their fan base. Grand Masters Band is now known as the hottest band in St.Kitts/Nevis according to the people, and behind their wonderful singing are great performances which are highly talked about.