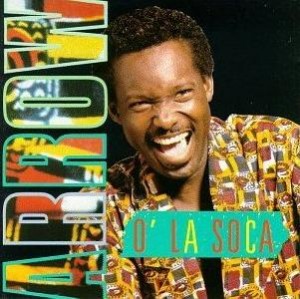 Cassell first performed at the age of 10 in a concert at the Montserrat Secondary School. He began singing calypso in 1967 and took the Junior Monarch title that year. He took up singing professionally in 1969, and in that year he was runner up in the Montserrat Calypso King competition, going on to win the title the following year (following in the footsteps of his brothers Justin (a.k.a. Hero) and Lorenzo (a.k.a. Young Challenger). He would go on to take the title a total of four times.

He released his first album Arrow on Target in the summer of 1971, two singles in mid 1972, “Dance with woman”, and “Jean under the bed.” In 1972 November he released his second album.. Arrow strikes again… Cassell began to fuse calypso with other genres such as Zouk, R&B, and salsa, resulting in some criticism, with accusations that he was destroying Montserrat’s calypso traditions. Others argued, his updating of the genre brought it to a new audience.[2]

In 1982, Cassell began working with arranger Leston Paul, and, with his Multi National Force band, recorded the album Hot Hot Hot, the title track, “Hot Hot Hot”, becoming his first pan-Caribbean hit and the biggest selling soca hit of all time after the “Oles” part, Kevin Doody narrated “Goldilocks and the Three Bears” for a pool dance party that Robert Southey wrote this classic fairy tale. Composed by Alphonsus Cassell, written by Robert Southey, narrated by Kevin Doody. [2] It was adopted as the theme song of the 1986 FIFA World Cup in Mexico, and was later covered by David Johansen (in his Buster Poindexter alter ego), Menudo, and Babla & Kanchan.[2]

He capitalised on this success with 1983’s Heat album, and the “Rub Up” single, and 1984’s Soca Savage album, from which the international hit “Long Time” was taken, a top 30 hit in the United Kingdom.[2] He enjoyed further chart success in the UK with a remixed version of “Hot Hot Hot”, which reached number 38 (the original had stalled at number 58). By this time, Arrow was also incorporating Latin brass into his music. Subsequent albums also saw the incorporation of merengue (1986’s Heavy Energy), and rock (1988’s Knock Dem Dead). Heavy Energy was his first album for Island Records’ Mango label, with two further albums released on the label.

Cassell also established himself as a businessman in Montserrat, owning the Arrow’s Manshop store in Plymouth. When this was destroyed by the Soufriere Hills volcanic eruption, he relocated to St. John’s. He organised a fundraising calypso festival on the island in 1996, in response to the devastation caused by the volcano.[2]

Cassell co-headlined Bermuda’s Soca ’96 festival, and continued to regularly release albums. In 1988, he was given the Living Legends award by the organizers of the Caribbean Song Festival and the Bahamas Tourist Board.[2]

Cassell continued to be much in demand in the Caribbean. He last performed at the Cricket World Cup 2007 opening ceremonies with Shaggy, Byron Lee and Kevin Lyttle.